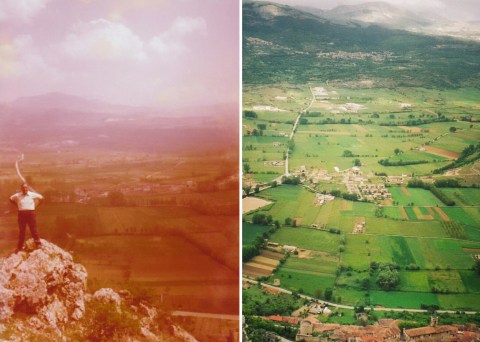 My grandfather, Annibale, on the eastern edge of Monte Circolo near Castle Ocre looking over the Aterno Valley (with Fossa just below) in 1975. It was the first time he was able to return to the village and was so happy to revisit all the places of where he’d grown up.

Exactly 30 years later, I took the other photo from almost the same spot. I didn’t know about this photograph of Nonno Anni at the time but I think one day I’ll have to attempt to replicate it by standing on the same rock. He was about 52 in that photo, perhaps when the time comes I should try getting the similar shot at the same age!

3 responses to “From Monte Circolo…”