Dancing in the snow… 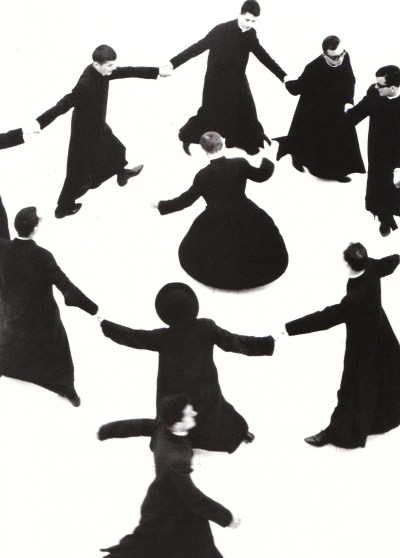 This picture of young priests
dancing in the snow
was taken at a seminary in le Marche
in the early 1960s by Italian photographer,
Mario Giacomelli (1925-2000).

Initially they reminded me a little
of whirling dervishes but it is not any
type of ritual, merely an innocent time of
relaxation. The seminarians were
playing ‘ring a ring o’ roses’,
unaware of being captured by
Giacomelli’s lens as he hid up in a roof.

Later, he gave them cigars,
which the young priests enjoyed
but the rector wasn’t too pleased.

2 responses to “Dancing in the snow…”