a seat by the cove… 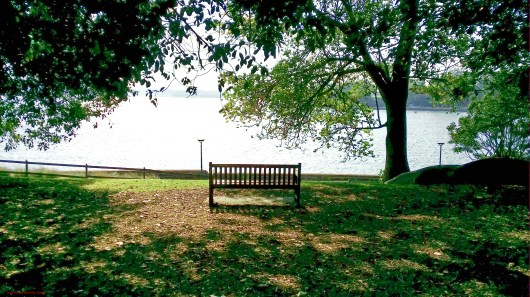 So lovely that whenever in Sydney, despite the hectic traffic and millions of people, it is still always possible to find an empty seat to watch the harbour… 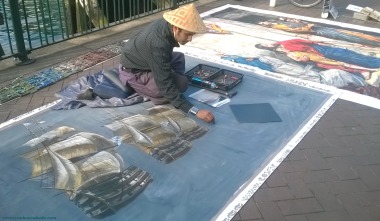 Giuseppe, aka Pepe, is a Madonnaro whom we came across by the harbour at Circular Quay in Sydney. Since the 16th century, Madonnari from Puglia in Italy’s south have been itinerant artists who originally went to cities to work on the cathedrals and when the job was done found a way to make a living by recreating paintings from the church on the pavement. Aware of festivals and holy days in each town, the Madonnari would travel to different provinces throughout Italy to eke out a living from observers who would throw coins if they approved of the work. Pepe explained he makes a living based solely on donations and never sells his paintings. Once they are completed, he gives them away to charitable organisations that then raise money by auctioning his paintings. His most recent work sold for $16,000.

Along the Hermitage Foreshore track in Sydney Harbour National Park a couple of Sunday mornings ago…. absolute magic!